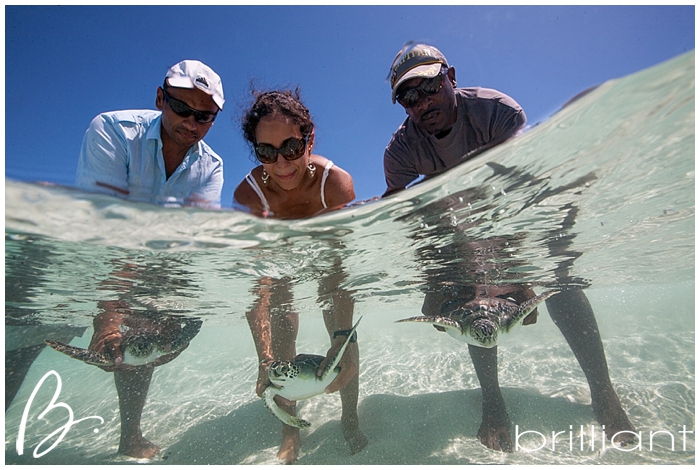 Samuel Connolly and his classmates peered into a clear plastic tub atop a picnic table, where three green turtles peered back, their flippers flapping wildly.
“Are those real?” asked Samuel, 7, his eyes big and round. “They’re real! They’re alive!”
After spending the last two years and six months at the Caicos Conch Farm, the three turtles were released into the ocean Monday, their flippers tagged to help researchers track a turtle species whose population is dwindling in the Turks and Caicos.
Nesting females and their eggs are protected in TCI, but once they return to sea, they can be caught and harvested. There are 10 to 15 nesting green turtles in TCI today.
“What these represent is very important,” said Amdeep Sanghera, project officer for the Turks and Caicos Turtle Project, as he lifted one of the green turtles from its enclosure, its smooth white belly exposed. “The hope is we’ll release these turtles today, and they’ll return in 30 years to nest and reproduce.”
It takes green turtles about 25 years to reach maturation, and they tend to nest where they hatched. The three turtles released Monday – Roco, Vasy and Trey – hatched from two nests in Providenciales and Grand Turk in November 2010.
Eiglys Trejo, former production manager for the Conch Farm and the turtles’ primary caretaker for nearly two years, says each turtle has its own personality, just like people.
Roco was more aggressive, she said, while Trey was the shy one. Meanwhile, Vasy was the curious troublemaker, who once got her head stuck in a pipe in a Conch Farm pond.
“You see them in the sea and you think they’re all the same,” Trejo said. “And it’s not true.”
The TCI Turtle Project is a collaborative effort by the local Department of Environmental and Maritime Affairs, the UK-based Marine Conservation Society and other local supporters that began in 2008. Since then, researchers have tagged at least 800 green turtles and hawksbills, and another 15 via satellite transmitters.
Add three more to that list. A crowd of about 50 stood at the seashore Monday at the Children’s Park, watching anxiously as three school children held on tightly to the wriggling and writhing turtles before gently placing them in the sand.
The turtles quickly crawled to the water’s edge, where they submerged themselves and eagerly swam out to sea. 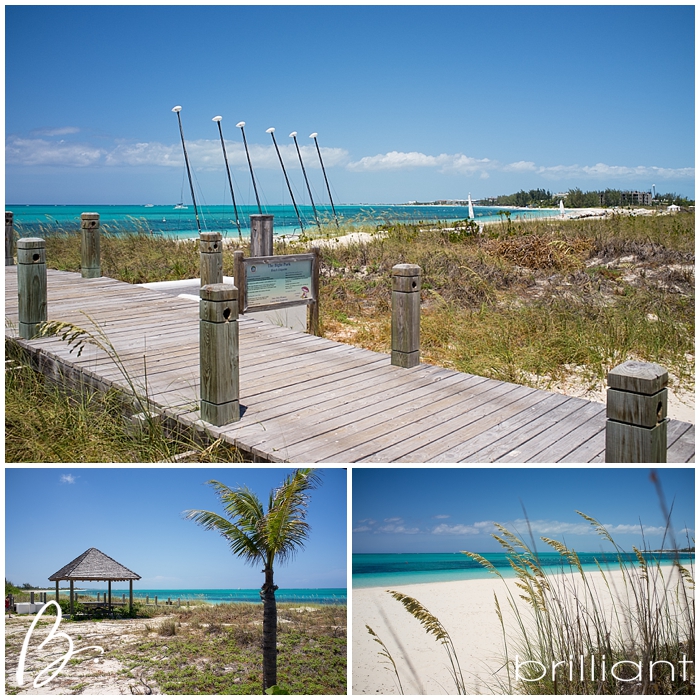 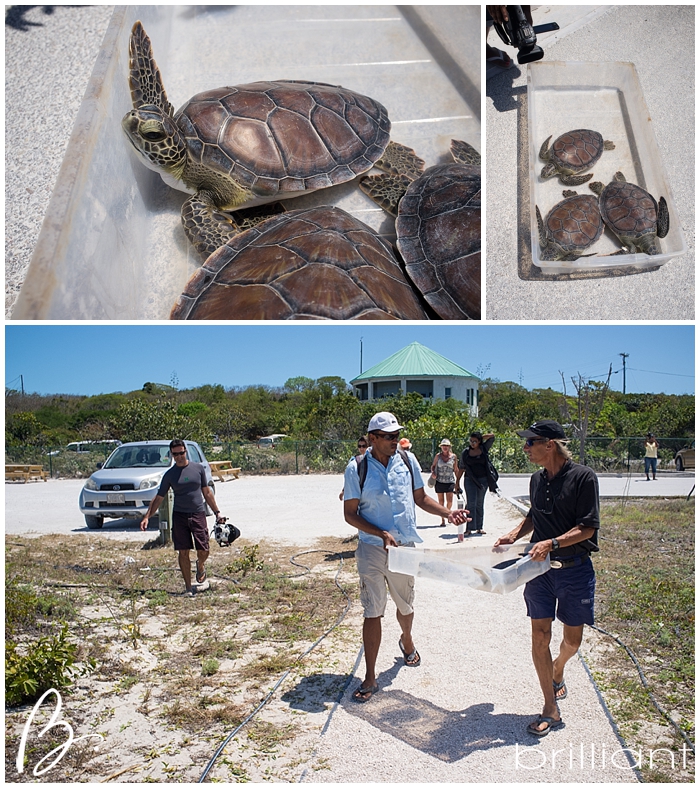 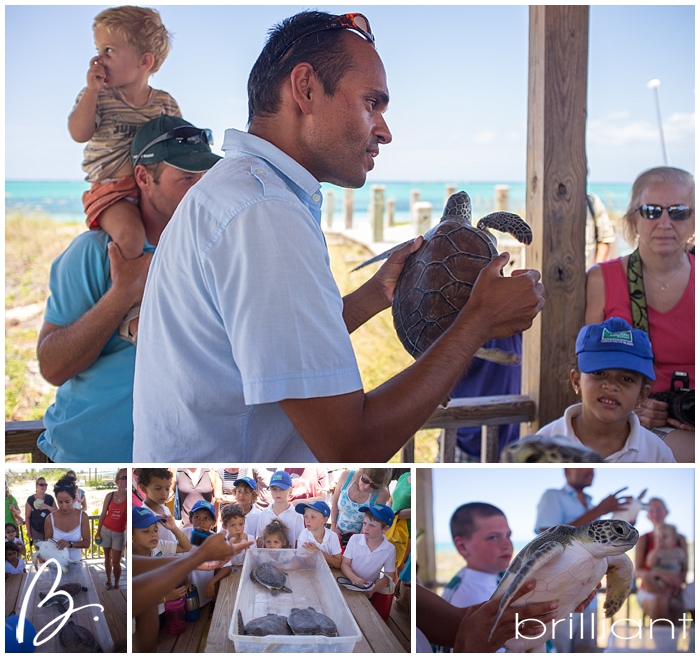 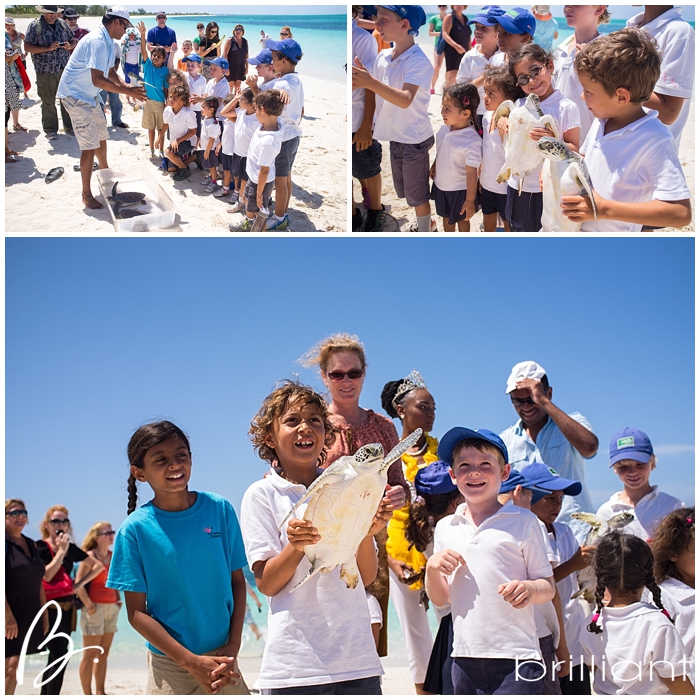 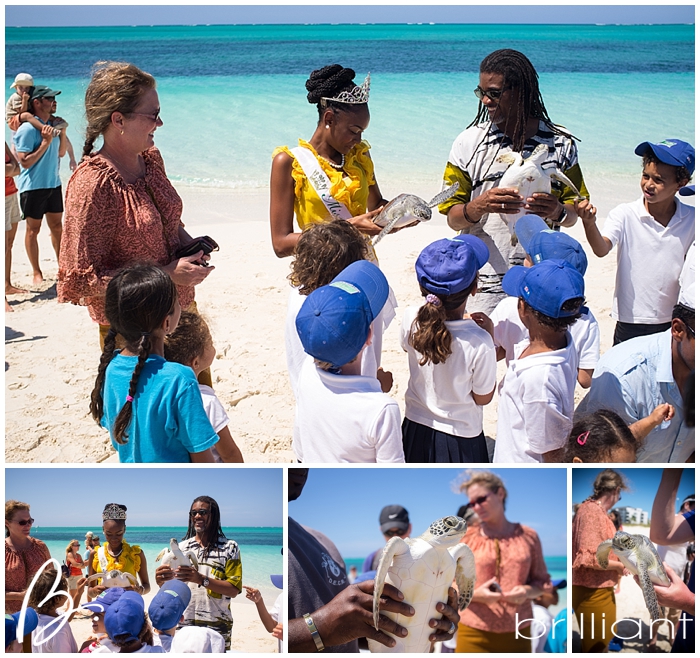 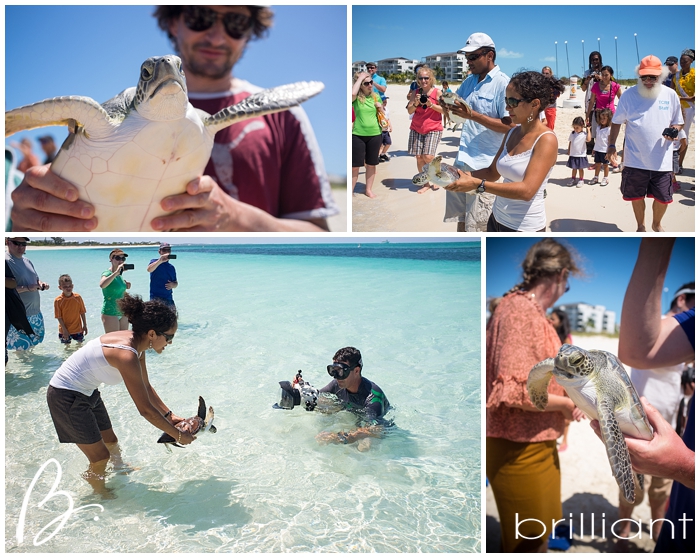 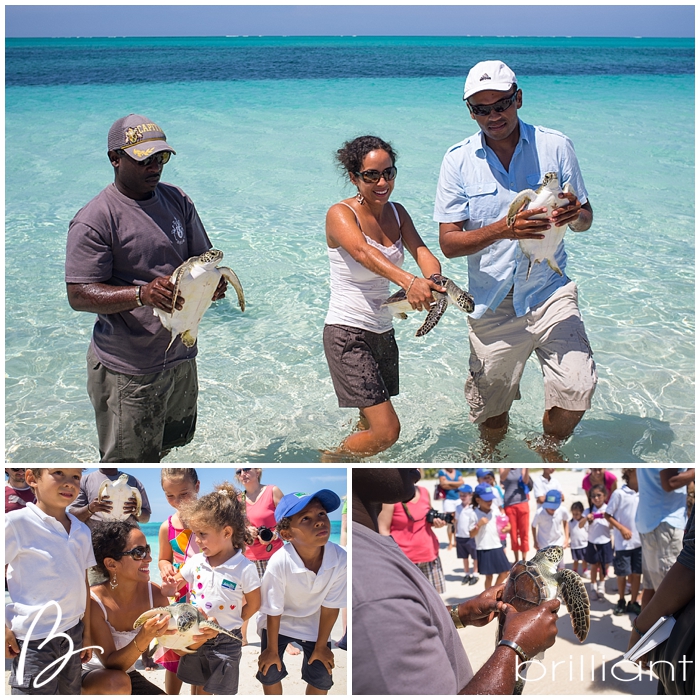 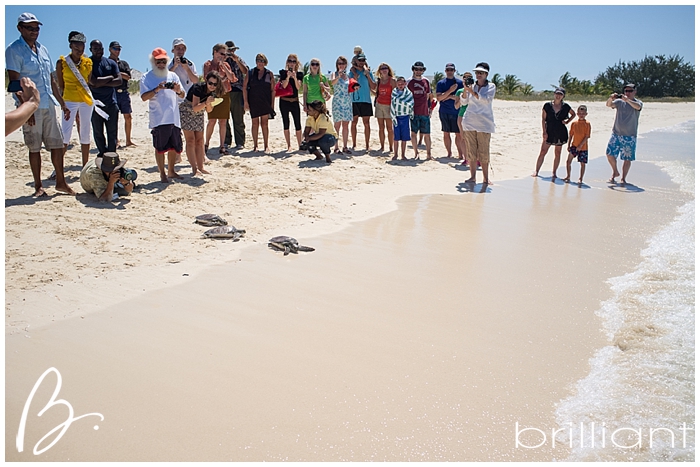 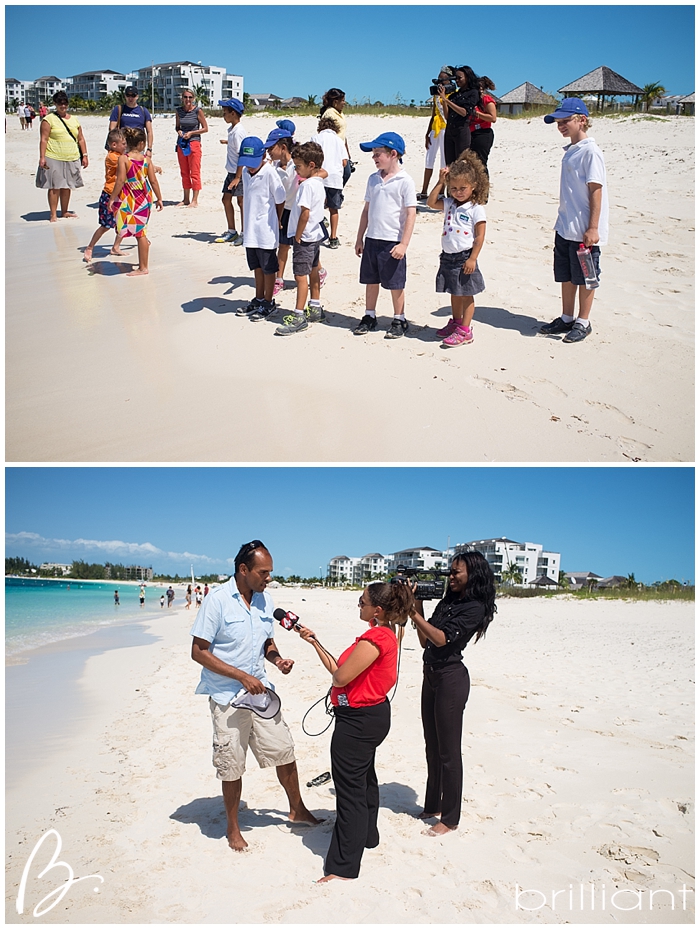 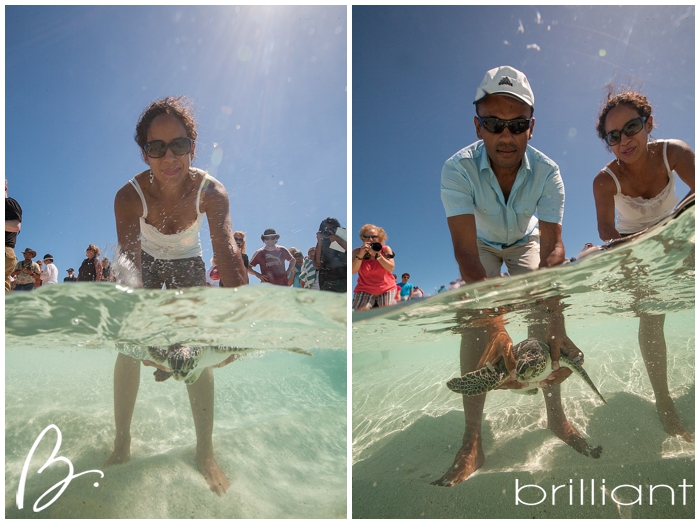 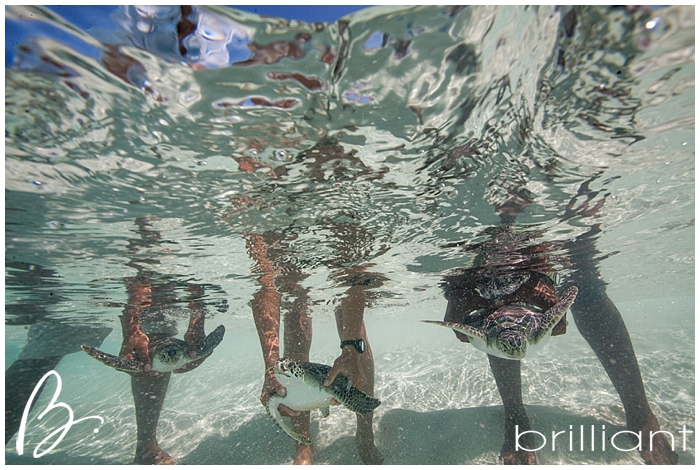 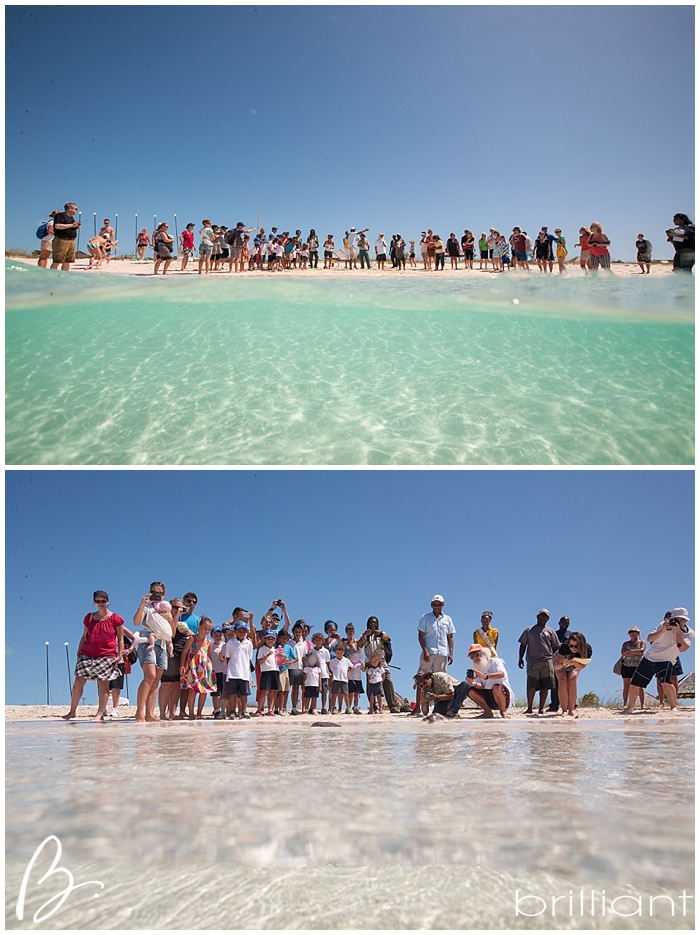 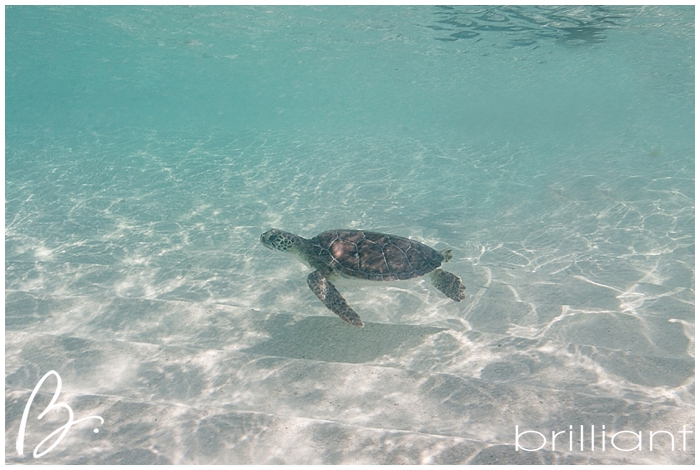 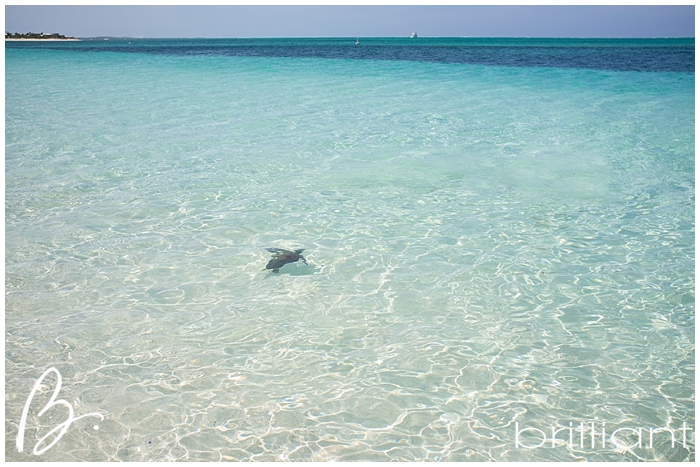 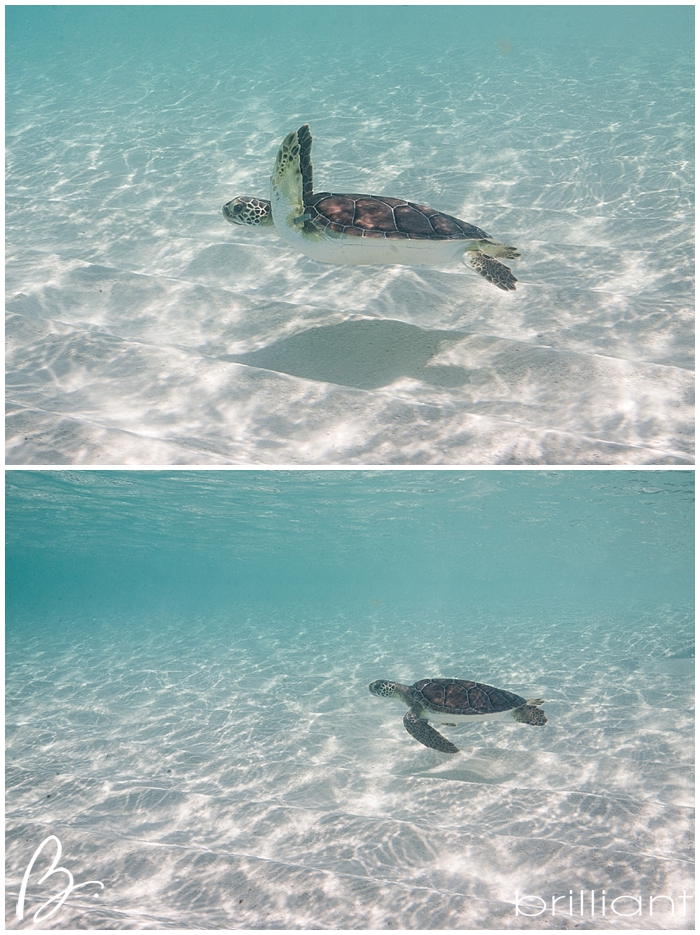 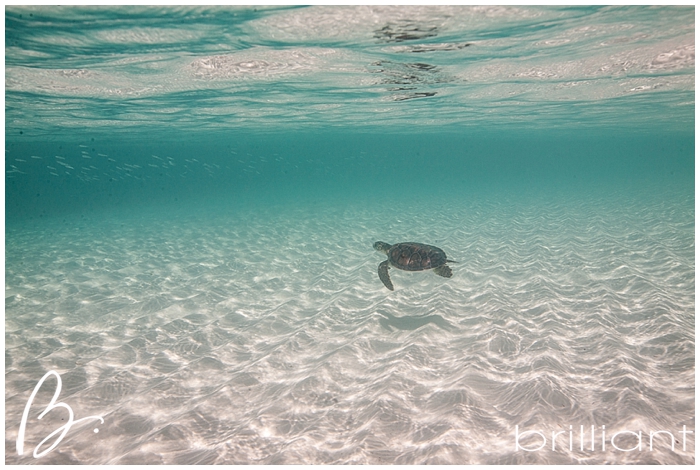 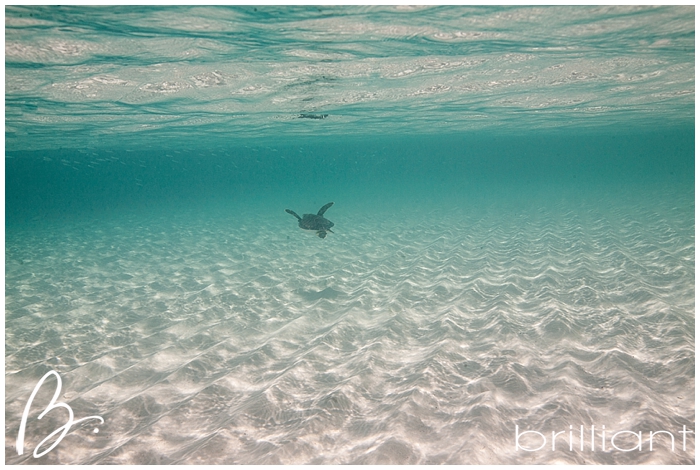